When it comes to church anniversary celebrations,we need to prepare well and below are some of the themes,speeches,wishes,quotes,scriptures,sermons,sample prayers and greetings to help you as you prepare for the occasion.

You will also find links to specific pages for example a church anniversary speech page that is dedicated to the speeches only.

Make sure you click to find more details of the item you are looking for.

Here is the feature list and details besides it...

Pastor anniversary poems for an occasion in the church

vote of thanks after anniversary in church

Here is the church anniversary messages for you:

We have prepare more samples messages that you can share during the upcoming anniversary in church.

Click church congratulatory anniversary messages page for more many samples that can assist you.

Here is the church anniversary prayer to help you.

Here are the church anniversary sermons to assist you:

If you want a church anniversary sermon sample, then visit the page for more details. You will be assisted

Here are the church anniversary speeches:

We have so many sample speeches that can inspire and help you write one for yourself as you prepare for the occasion and if you need more information on how you can get a ready to use speeches, you will find it too.

Here are the church anniversary themes and scriptures:

We have many themes and scriptures that can assist you as you prepare for the occasion in church.

Here is the church anniversary program sample to have a look at:

We have prepared a customized program that you can download to help you as you prepare for the occasion in church soon.

Here are the church anniversary greetings sample to help you:

It is with great joy of the Lord that I take this opportunity to salute through the name of our Lord Jesus, thanking you for your prayers and as we begin this year's anniversary.

Here are the church anniversary wishes to help you:

It is a great honor to be part and parcel of the achievements of the church, I want to take this opportunity to wish you all the best as you celebrate this year's anniversary in the church. God bless you and be with you always

Here is the church anniversary welcome address to assist you:

I have a page dedicated to the sampled for to help you do an opening speech during the anniversary occasion in church.

Here is the page you can visit. church anniversary opening remarks

church anniversary greetings from the pastor

Here is the Church anniversary greetings from the pastor:

I have prepare sample greetings to help you during the upcoming anniversary in church.

If you are looking for a sample letter that can help you write one for the upcoming anniversary. we have a sample that can guide you and if you want me to write one for you then you can contact also.

Here is the sample order church service anniversary that can assist you as you look forward to the anniversary celebration in church soon.

Visit this page for more details

Looking for Chairman's acceptance speech for the anniversary:

Ladies and gentlemen on behalf of the church board and myself, let me take this opportunity to thank our heavenly Father for the wonderful love given today as we have come to a conclusion of this year's anniversary which has been really great. Thank you each and every one of you who made a contribution in one way or another. Your prayer was answered and we are here to given God glory. Thank you to our speakers and the message you gave, may God bless you abundantly. Let me wish all of you all the best in what you do in Jesus name.

Looking for an appreciation speech for the upcoming Matron's anniversary in church?

Ladies and gentlemen, let me take this opportunity to thank our heavenly Father for the wonderful grace accorded to us during this day, a day when we celebrate the Matrons of our church and the good work they are doing.

We want to thank all of you for the prayer offered on behalf of us Matrons and may our God who is in heaven bless you and be with you always.

Let me also thank the whole church for your participation and contribution, thank you our pastor and the first lady, thank you all the departments and may our good Lord be with you always.

Last but not least, let me thank my fellow Matrons, may God be with you and bless you abundantly, We also thank the Holy Spirit for ministering to us.

Thank you and God bless you.

Therefore when it comes to making the church anniversary a success, the children in church must be part and parcel of the program so that they can make the attendees of the occasion happy and spice up what is necessary to make the occasion a great one.

lots of preparation is needed just like any other project. In order to have a successful anniversary celebrations that all those in attendance will be happy about and will always remember for.

As a church you need to plan well ahead. And just note that without proper planning. You are all preparing to miss some of the things or points that you would have included in your plans.

Therefore it is good to start early in planning for the anniversary and make sure you involve everybody because through that you can have a day or celebrations that is inclusive.

how many people are attending the celebrations?

Who will be the master of ceremony?

Who will provide the catering?

What are the mitigation measures are place if the weather is not conducive during that day?

Do we have the organizing committee and if not, when are we constituting it and how many members do we need?

what accommodation will be required?

-who is responsible for providing?

The checklist above will give you a send of direction on what is needed to make a success out of this day. Remember it is done once in a year and it is a good thing to make proper preparations and planning. 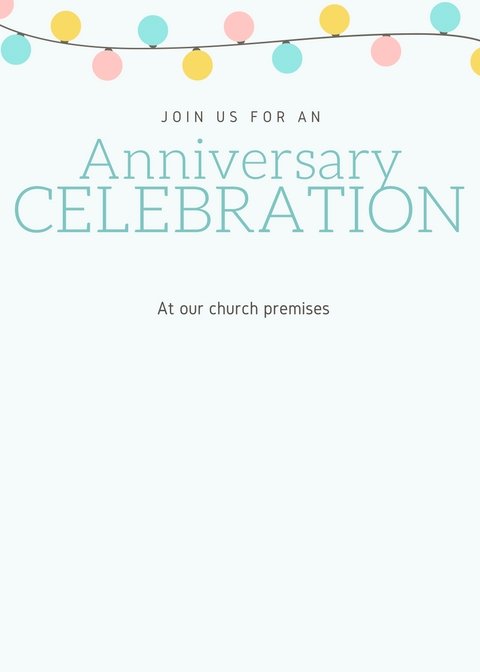 How should you worship?

As a church you have already developed a culture of worship that is understood by every member in the church.

During this anniversary you can spice up a bit by raising the note in order to break the monotony.

We love variety and it will be interesting to note how members will react after the celebration. The point here is to make the day as memorable as possible.

You want everyone to recall what exactly took place and make them eager towards the next anniversary.

Therefore choose a theme that is wonderful and matches what values you have in the church.

If you have already agreed on the theme it is well.

This is the time to really think hard. Try to involve other church members maybe the committee if you have one.

It should not be a one man show. We are limited when we work alone.

Sit in a circle maybe in the office of the pastor and brainstorm for the theme. Let each member come up with a theme then you vote the most interesting one.

If possible bring it up to the church to also be aware of it and pray for it too.

After you have selected the theme. All the church members and at least every one else has agreed and is excited for the theme.

You can now choose the place where the anniversary shall take place.

Are you going to choose inside the church or outside.

Depending on the theme. It is good to go the best.

why do we celebrate church anniversary

why do we celebrate church anniversary? 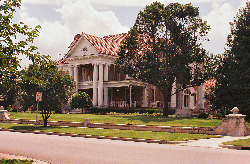 If you are a pastor, make sure you have a competent team that you can choose from amongst your church members who can volunteer and help to arrange for the anniversary.

And if you are bound by time. In case everybody is busy it is good to engage for a professional services that can give you great and wonderful thing that you can all praise the Lord for.

It is an opportunity for all of you to meet the current and even the former members of the church as you look back to what the Lord has done to your as a church and celebrate together for his wonderful love and the grace that comes through Jesus Christ.

It is my prayer that you make your anniversary a memorable one. A day that everyone looks forward to in each year.

why do we celebrate church anniversaries in our churches

Get FREE SAMPLE speech &letter
in the Email Today

Get FREE SAMPLE speech & letter
in the Email Today